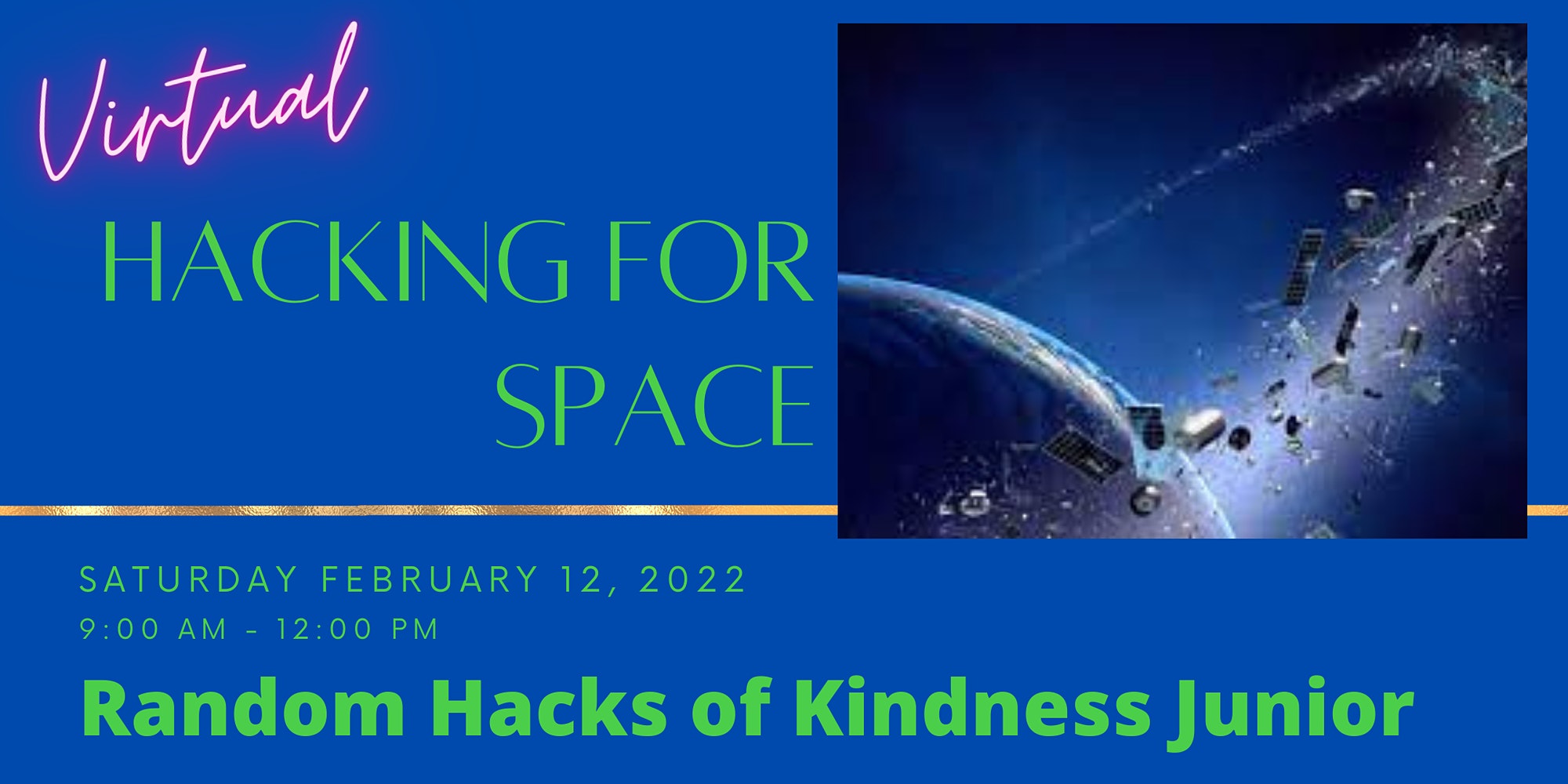 With the recent launching of the James Webb Space Telescope, space exploration has found itself back in the news.   In addition to exploring the galaxy, people should also be concerned about orbital debris ( a human- made object that is in orbit around the Earth that non longer serves a useful purpose, for example, nonfunctional spacecraft, abandoned launch vehicle stages, mission-related debris, and fragmentation debris).

More than 27,000 pieces of orbital debris, or “space junk,” are tracked by the Department of Defense’s global Space Surveillance Network (SSN) sensors. Much more debris — too small to be tracked, but large enough to threaten human spaceflight and robotic missions — exists in the near-Earth space environment.  Since both the debris and spacecraft are traveling at extremely high speeds (approximately 15,700 mph in low Earth orbit), an impact of even a tiny piece of orbital debris with a spacecraft could create big problems.

Join Random Hacks of Kindness Junior and Naeem Altaf, IBM Distinguished Engineer, CTO Space Tech  and Member Of The Board Of Advisors at Explore Mars Inc. to give an overview on Space Tech and talk about clearing space debris; addressing space congestion challenges and paving the way for deep space exploration.

Experience first hand how you can use technology to create positive change.

Stay up-to-date on our latest events